The Grounds of the Leipzig Trade Fair: Space for Great Business and Grandiose Events

On this page you will find information about:

Locations at the Leipzig Trade Fair

Perfect functionality meets high flexibility. Five exhibition halls, the Glass Hall, 70,000 square metres of outdoor areas and the Congress Center Leipzig (CCL) provide the ideal conditions for events of all types and sizes. Locations can be freely combined depending on your requirements.

Each location's modern architecture and interior fittings adhere to the highest technical standards and are complemented by comprehensive on-site service. Guest organisers value the ambience at the Leipzig Trade Fair thanks to this performance and flexibility. The site also has 12,500 visitor parking spaces, 2,000 exhibitor parking spaces, 200 truck parking spaces and a helicopter landing pad.

Overview of Locations to Rent at the Leipzig Trade Fair

Facilities Within the Locations

At the Leipzig Trade Fair, you can expect a flexible grandstand system to accommodate your individual event design, a reliable IT infrastructure and a range of supporting services.

The Leipzig Trade Fair has a highly flexible mobile grandstand system. This allows us to accommodate almost all event formats. Twelve grandstand blocks of 360 seats each can be arranged in any combination in the halls. All blocks are fully clad and blend harmoniously into the hall's appearance.

The 4,320 grandstand seats are fully upholstered and very comfortable. Seating can be additionally supplemented in any number of ways with row seating or standing room. They can be quickly assembled and disassembled with the help of efficient mobile modules and largely automated systems.

The exclusive advertising spaces throughout the indoor and outdoor areas around the grounds of the Leipzig Trade Fair are guaranteed to attract focused attention. Be it on flagpoles, a tension band at the entrance area, a poster on our eight-metre-high advertising tower, entrance signs or stoppers on the revolving doors – our subsidiary FAIRNET has a wide range of options for your presence at the Exhibition Centre.

From Green Oasis to Outdoor Exhibition

The grounds surrounding the Leipzig Trade Fair buildings are dominated by a lot of greenery. With some 5,600 trees, 23,000 woody plants, large lawns and water areas, the fair and park landscape blend into a single entity. For example, the Pocket Park located between the Glass Hall and the East Entrance Hall is a quiet spot to escape the hustle and bustle of the trade fair. The jewel in the Pocket Park's crown is the glass pavilion "Messe Leipzig Structure" by Dan Graham – a masterpiece of modern art from the "Art at the Leipzig Trade Fair" project.

Between the car parks in the adjoining Messepark to the east is a "geopark" with erratic boulders from the Ice Age – the largest of which weigh up to 6.2 tonnes. They were uncovered during the earthworks for the construction of the exhibition centre. They are estimated to be between 1.7 billion and 270 million years old.

On the western side, the Messesee – also known as the Merkurbrunnen – extends from the forecourt with its tram turning loop to the West Entrance in front of the Glass Hall, with a water surface of around 8,500 square metres. The large body of water is reminiscent of the basin in front of the Leipzig Monument to the Battle of the Nations. There is a small island in the middle of the lake on which a tree floats, a fountain bubbles and the "Mosesweg" (Moses' Path) permits visitors to cross over without getting their feet wet.

Renowned Artists from all over the world have helped to shape the new Leipzig Trade Fair. They were invited to choose suitable places for their work on the site during the construction phase. The project "Art at the Leipzig Trade Fair" was curated by Brigitte Oetker, Christiane Schneider and Mechthild von Dannenberg. The 16 artworks created are all open to the public.

In Good Hands with the Event Technology Department

Our event technology department will assist you with any technical or safety-related questions before, during and after the trade fair.

From childcare to ATMs for those short of cash at the trade fair stand: There are numerous service facilities (PDF, 3 MB) on the grounds of the Leipzig Trade Fair:

You can reach the Leipzig Trade Fair quickly and directly by any means – whether by car, train, bus or plane. And in Leipzig, all roads lead to the Fair.

Tram line 16 takes you directly to the exhibition grounds (final stop "Messegelände"). You can also reach the Leipzig Exhibition Centre by regional train (RB) or suburban train (S-Bahn). On arrival alight at the station "Leipzig Messe".

Information on local transport connections to the Leipzig Trade Fair is available from the Deutsche Bahn timetable information service as well as from the Mitteldeutscher Verkehrsverbund and Leipziger Verkehrsbetriebe .

There are hourly connections from Leipzig to all major cities in Germany. Travellers can then change to S-Bahn trains bound for Messe at Leipzig Central Station and at the S-Bahn Mitteldeutschland City Tunnel stations.

Information on local transport connections to the Leipzig Trade Fair is available from the Deutsche Bahn timetable information service as well as from the Mitteldeutscher Verkehrsverbund and Leipziger Verkehrsbetriebe .

The Leipzig Trade Fair can be reached directly via the A 9, A 14 and A 38 motorways. You will see signs on the motorways indicating the exit for the Leipzig Trade Fair . What's more, it only takes ten minutes along the B 2 from the Exhibition Centre to Leipzig city centre. Around 800 taxis operate to provide rapid connections between the airport, the main railway station, the city centre and the Exhibition Centre.

Leipzig/Halle Airport is located in the heart of Central Germany and is easily accessible from the Leipzig Trade Fair: It takes about 10 to 15 minutes via the motorway and eight minutes by S-Bahn S 5, running every half hour.

Other travel options are via Berlin's airport BER or the airport Dresden. There is a direct ICE train from Berlin Central Station to Leipzig that takes 1 hour and 15 minutes, and from Berlin Südkreuz in 1 hour and 5 minutes. It takes just under 2 hours by car from the BER to the Leipzig Trade Fair.

Looking for an overview of the Exhibition Centre and how to get there? Download one of our overview plans or find out more about the individual halls. 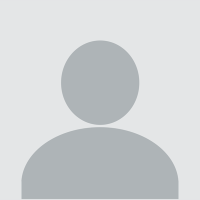